Are you a Coach, Leader or Manager

This is a great question that we tiptoe around as leaders. We think of leaders as a single thing, you are a leader or not. Sometimes we say someone is a thought leader, but the singularity of the concept is the same. the thing is, that not all leaders are the same. The difference between the types of leaders is sticking and directly affects things like culture and employee happiness.

A Manager Manages Things. This may be a project, people, function, etc. The focus is usually on the near term if not day to day. This is the most basic form of leadership and typically considered entry-level & mid-level leadership.

A Leader Leads Things. Where a manager manages things on a day to day level, a leader manages the journey of a thing. Leaders lead people, usually out in front doing showing the way to achieve a goal or thing. This is the realm of the hands-on leader, someone that likes to still do. In this way a leader is like a manager being very close to the doing of something. This form of leadership is typically considered mid-level and senior.

A Coach Coaches People. This is where leadership makes a significant change. Coaches no longer lead or manage things, they coach people. Coaches are considered about the people journey to achieve goals. They let people make the decision on the things that need to be done. A Coach will focus on people’s happiness to empower them to innovate and achieve. This form of leadership is typically considered senior. 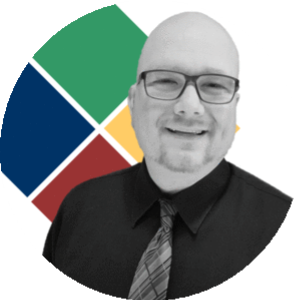 Tony Mickle is a veteran leader and one of the founding partners of Big Box Coaching. He routinely contributes articles and posts on social media sites to share his experience and the GAP Inspiration Model.
All Posts

Our site uses cookies to ensure that we give you the best experience on our website. By continuing to use our site you are agreeing to our Privacy Policy.Ok